Well, it’s finally “done”. Not really, because there are numerous things I’d like to improve, but the hardware I use has its limitations, and after 7 weeks of editing, simulating, rendering, tweaking lights, particles, bricks, angles and flares I feel there’s not much I can do. There’s one or two shots that I could improve, but my patience has run out. And it’s time to move on to another project. I still want to do “Expando Earth” and “Retrograde”.

So up up and away, time to upload.

What is this “Dark Tower”? Why does it collapse?
Well, the idea is that everybody has some thing that he or she would rather see … ‘not there’. As in destroyed, demolished, gone with the wind, vaporized. I am convinced that for most awake & aware people there’s a whole list of institutes, organizations and cabals that they would like to see gone. There’s the Bilderbergers, the Banksters, main stream media, the Elite, the military-industrial complex, the EU, the UN, NATO, the minion class, the Oppressors, the reptilians, the Polluters of the Planet, the Strip Miners, the Fear & Death Administration, Mac & the food poisoners, Monsanto, Shell & BP & the Frackers, the Racists, the Extremists, the Vatican, the Archon, the Corporate Corpses, the Criminals… I’m sure you can name a few of your own.

My goal was to capture this universal feeling, which is not “hate” but more like “I’m really really fed up with this shit”, and collapse ‘it’ for you. So that you may experience what it would be like to actually see it gone.

In essence, the Dark Tower will mean different things to different people.
For me, personally: it’s the breakdown of the Ego during spiritual growth. That’s why the Tower’s head explodes first 😉 Back to nature. Green is love.

After building this Tower that represents all the things we are really really fed up with, then there was the question: how does the collapse start? One idea was to have this big ol’ black cannon ball fly in and smash a good piece out of the walls. After a long debate with a friend on the matter I decided: no cannon ball. Any form of bullet, explosion, cannon, hammer or other Tools of Destruction would imply violence. I wanted a “non-violent” collapse, since I’m a non-violent guy. And last thing I wanted was people seeing this video as a call for violent action.

Visual tricks in the story line

I used a couple of tricks that make the effect stronger, at least that’s the idea. When working too long on a project you develop a certain blindness, and in the end I’m not sure if it comes across as intended at all.

In the very first shot, we are completely blinded by the light. This is intended to be an analogy for the ‘appearance of light’ that the Illuminati uses, or the Church, or MSM for that matter. The fake appearance of light makes it hard to see what’s really going on, deception is used to cover up lies, greed and so on. 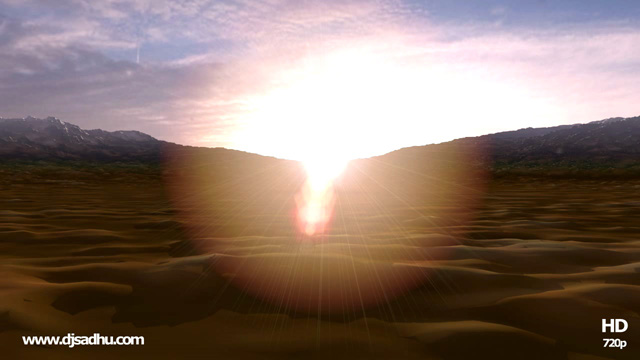 When the Tower first becomes visible, it still looks like it is light, because the flare partially covers it.
We see the real nature of the Tower the moment it reveals itself as being dark and black: 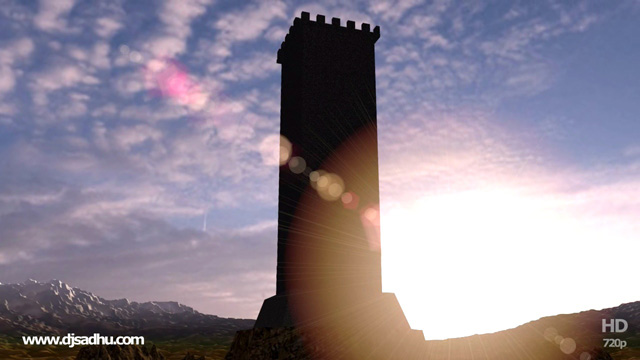 In this case the light means “lies”, because the Tower itself is everything but light. It just hides “in the light”.
At this point in the video the light itself goes away and the true darkness sets in for our Tower.

In a couple of scenes the direction of the lens flare makes it seem like a ‘sword of light’ that actually causes the debris to fly out: 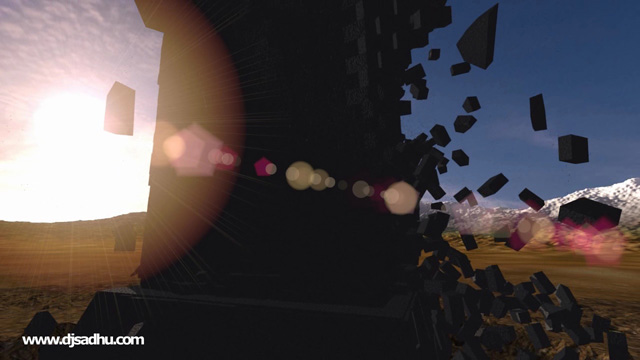 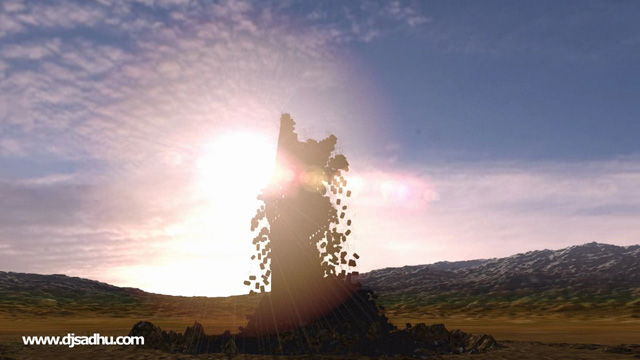 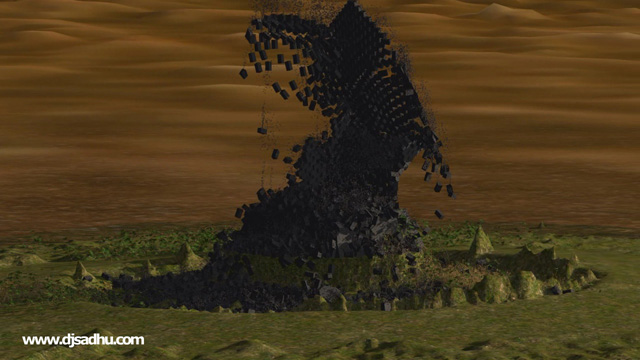 In the end, of course, nature takes over. Even before all stones have fully settled, ivy starts to cover the pile of rubble: 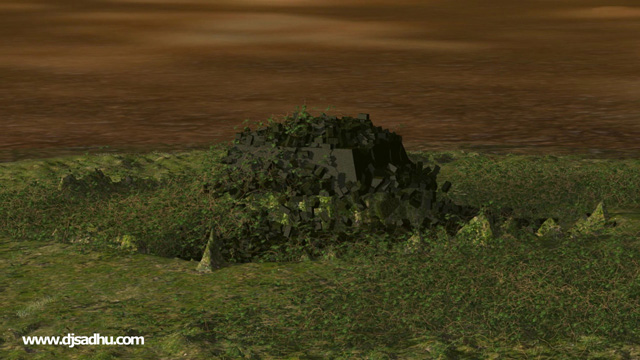 While circling the scene, we also discover that even nature has its “dark side”:

I really wish I could show more of this nature stuff, but unfortunately this part took forever to render.
The grass leaves also have this annoying flicker that I can’t get rid of. My best guess is that the “random positioning” is causing interference in the rotating scenery.

Also watch how the scale changes – the same stones that are meant to seem huge in the first scenes, look a lot smaller when the ivy has grown over them.
This reduces the Big Tower to an even smaller insignificant pile of rubble.

Ah maybe I’m over thinking it. I hope you enjoyed watching the video.

If you like the music in the video, there’s good news. You can download the track for free, just as long as you use it for personal pleasure only.
Downloading the file means you agree with this term.

I worked on the video for about 7 weeks. The sound track was composed parallel, switching back and forth to get the best effect.
Every frame in the video took anywhere between 1 and 15 minutes to render. There are 30 of these bad boys in a second, so every second of video took between 30 minutes – 7 hours to complete!
The stone collapse simulation itself took about half an hour to run, but I ran it a couple of dozen times before I was satisfied with the result.
The .max file with the stored key frames (6000 frames, 4800 stones) ended up being 2.7Gb. Just opening the file on a network render PC took about 10 minutes.
There are about 400,000 grass leaves and 500,000 dust & debris particles.I designed the scene on a computer with a Q8300 quad core @ 2.5Ghz, with 5Gb RAM.
I ‘network rendered’ on three computers for 4 weeks, and could actually turn off the radiator in my room because the three computers did a nice job heating it.

Special thanks to Ork^ and Warmode for letting me borrow their computers. Without their CPU time it would have taken much longer to create this video.

23 thoughts on “DjSadhu – the Collapse”