Here is a story worth sharing. We often speak of the universe being a reflection of ourselves, and point to how the eye, veins, and brain cells mirror visual phenomenon in the universe. As above so below right? Well check this out. How about the idea that the universe is a giant brain? The idea of the universe as a ‘giant brain’ has been proposed by scientists and science fiction writers for decades, but now physicists say there may be some evidence that it’s actually true (in a sense).

According to a study published in Nature’s Scientific Reports, the universe may be growing in the same way as a giant brain – with the electrical firing between brain cells ‘mirrored’ by the shape of expanding galaxies.

The results of a computer simulation suggest that “natural growth dynamics” – the way that systems evolve – are the same for different kinds of networks – whether its the internet, the human brain or the universe as a whole. 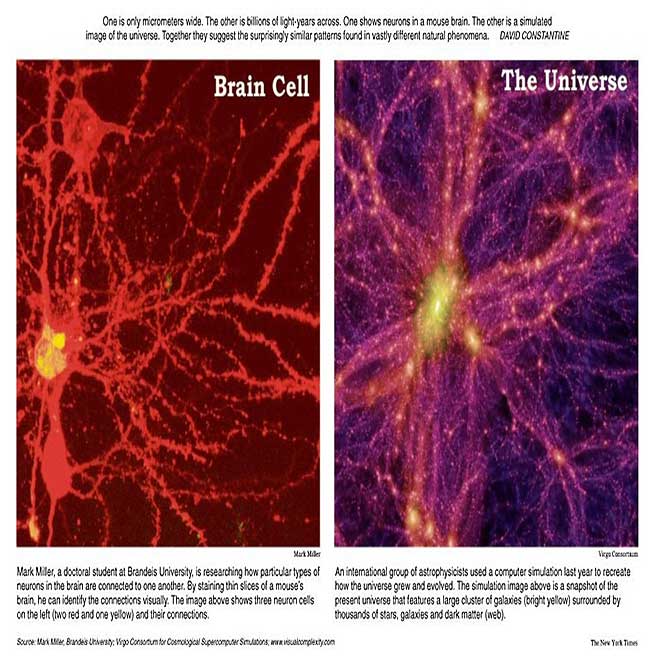