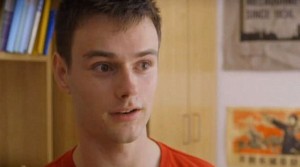 Being in a coma for week was reportedly a fast track method of learning Mandarin for this young man.

Ben McMahon, from Melbourne, Australia, would have been happy to just wake up following a serious car crash but he also apparently found he was able to speak the foreign language.

After writing down the words ‘I love my mum, I love my dad, I will recover,’ in the Chinese dialect, the 22-year-old went on to exclusively speak it for the next few days.

‘I wasn’t consciously thinking I was speaking Mandarin, it was what just came out and it was what was most natural to me,’ he said.

McMahon’s new language skills were reportedly triggered when he saw an ‘Asian looking’ nurse at the hospital he was recuperating at.

Although he learned Mandarin at school, he was never fluent in it.

He has since gone on to present a TV show in Mandarin and has also relocated to Shanghai.